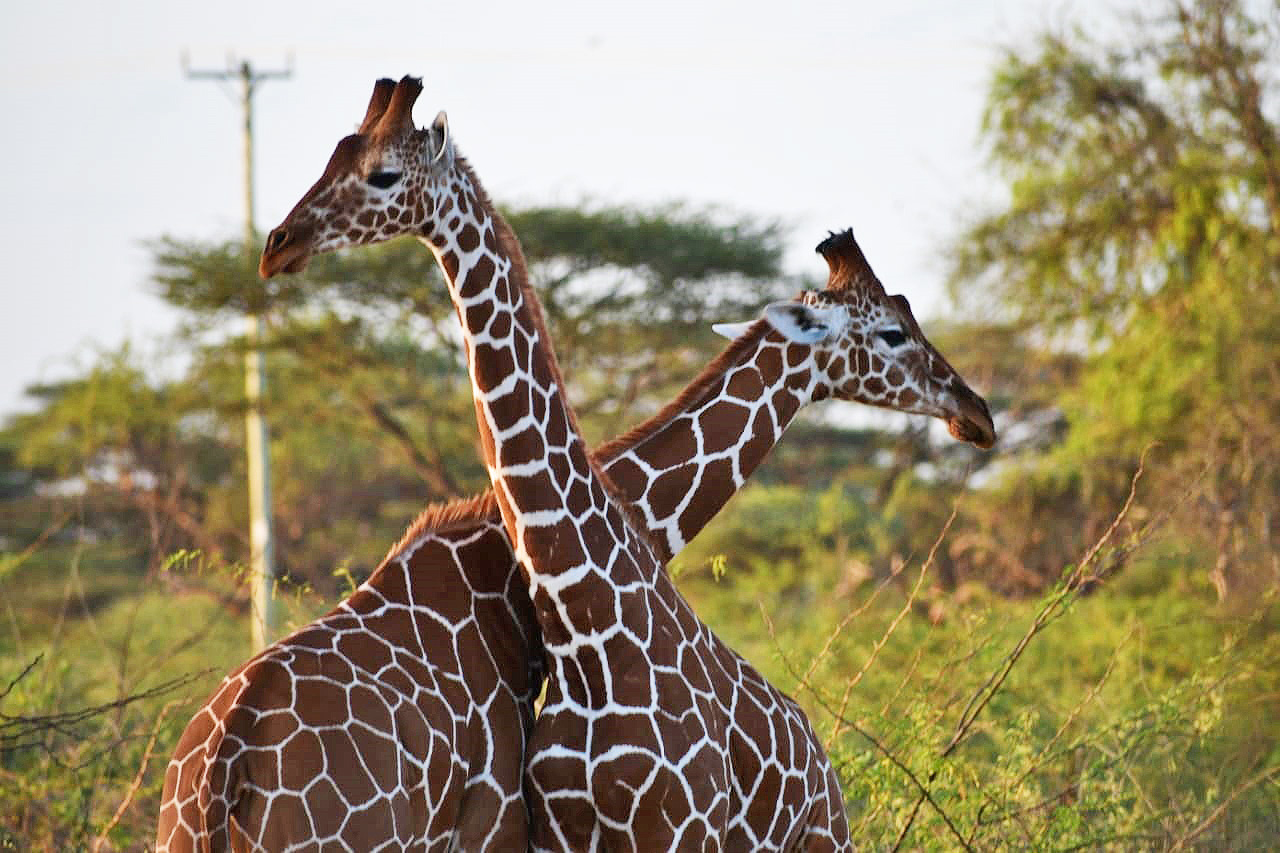 Did you know that giraffes are organized in constantly changing groups and like many other mammal species, they have dominant males that are often challenged by other males seeking to secure mating right? Well, what then happens in the face of an unwavering and inadvertent increase in a number of challenges as it has been the case within Garissa Giraffe Center? The challenger, usually a younger and more vibrant male that wants to rise in the hierarchy or perhaps a dominant male once displaced/overthrown seeking to reassert his authority.

These are complex interaction that is very interesting to a scientist studying animal behaviour. It is interesting that in studying animal behaviour we realize that perhaps humans as a species are after all not so different from a mammal in other taxa. Resources (Including mate, space, etc.) are often the currency sought after and protected at all cost to maintain status and in animal kingdom, this is one of the sure ways to ensure genetic posterity. Of course, we would like to think that humans are more civil operating at certain levels of subtlety nonetheless, extreme cases are deemed to happen once in a while. In a similar way, animals that operate in the hierarchy will always have to spur contests to challenge or assert dormancy. Interestingly, animals too are smart and will do anything to avoid expending energy unnecessarily thus, under normal circumstance these contest usually last fewer minutes. However, these are no normal times not globally with the ongoing pandemic and certainly not at Garissa Giraffe Center.

The sanctuary was built to host a population of giraffes fleeing from conflict areas along the Kenya-Somalia border. As we are now discerning, this location is perhaps still a haven for giraffes fleeing from conflict areas. In June, we began, a photographic mark recapture survey for giraffe in an attempt to quantify and identify individual giraffes using their unique skin pattern in hotspotter. We have since been conducting regular survey to photography giraffe all over Garissa and in July, we noticed an increase in the group sizes within the sanctuary. Our photo ID using hotspotter later confirmed that some giraffes previously recorded elsewhere were now being recorded within the sanctuary. The events leading to this discovery coincidentally align to a recent terror attack at Korakora village near the sanctuary on the night of 9th July. A loud bang from explosives used by the suspected terror group to take down a communication mast sent shockwaves across the area and subsequent gunshot exchange from the suspected terror group and the military ensued for hours leaving the area engulfed in fear. This presumably resulted in the influx of giraffes from nearby areas to the sanctuary and with other dominant males from other areas moving in, the giraffes were literally neck to neck. With all these dominant males trapped together, what would be a short spur to assert dominancy turned to “a brutal battle of the giants”. As a result, we have recorded perhaps the most gruesome giraffe battle that we happen to just catch a glimpse of while doing routine patrol.

We heard repetitive turds and we decided to investigate what was happen, only to find the giraffes necking (a powerful and brutal mechanism). The giraffes tossed each other around relentlessly even across the high traffic road as they seem oblivious of the danger of the passing vehicles. It was gruesome and unbelievable, most road users stared in what we can only describe as a mixture disdain and fear written all over their faces. But what was interesting was what came after, the residents (majority being farm laborers) from nearby farms along the river Tana turned up with knives and machetes ready to slaughter the unconscious giraffe laying down from the powerful blows from his opponent. We immediately alerted the Kenya Wildlife Services officers who responded immediately and secured the giraffes which later regained consciousness and took off immediately.

Could CONFLICTS Explain the Growing Battle of the Giants?